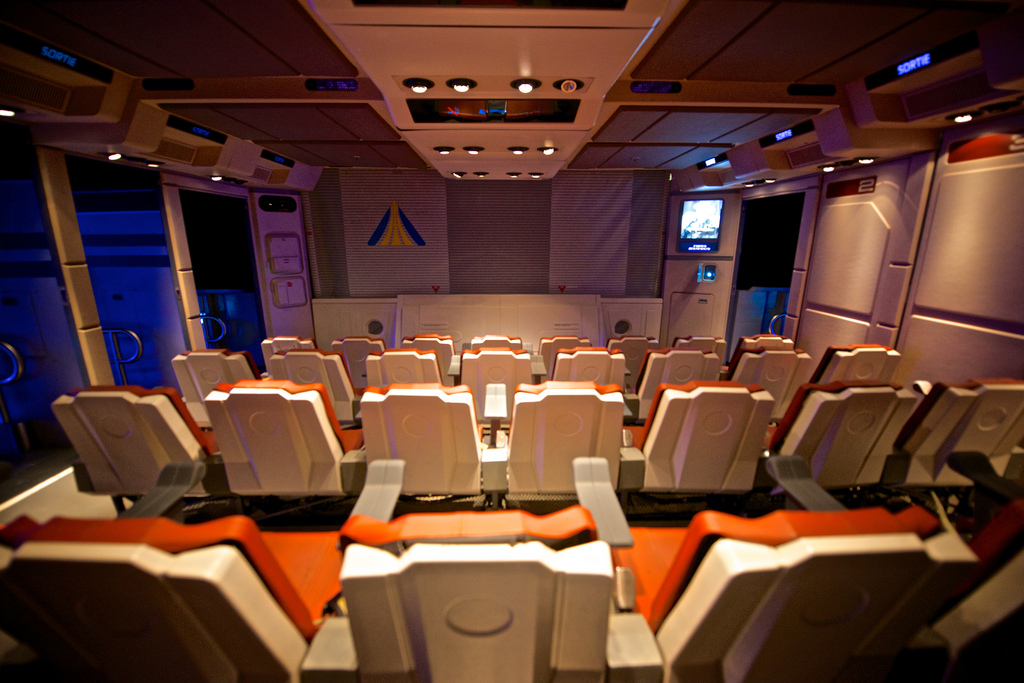 Hi Kris! Can you tell us about your relationship with Star Wars and Star Tours?

Well, the legend by now (but totally true), is that I discovered a battered VHS recording of The Empire Strikes Back from [Belgian broadcaster] VTM around the very early 90’s in the VHS cupboard, and I remember jumping around on the sofa all over the living room because I was about to see that fabled ‘Star Wars’. That bug stuck with me, and when my sister did her first communion in 2000, she chose to visit Disneyland Paris. The first thing we did was board the Disneyland Railroad to get an overview of the park, and because I couldn’t shut up about Star Wars, we got out at Discoveryland Station to board that Starspeeder to Endor as the first real attraction that we did.

Though I’m not sure that ever changed.

A few years later, in the summer of 2002, I started a Geocities site after being disappointed that there wasn’t any site with up to date info on Star Tours, and everything just took off from there.

Why did you feel the need to create such an ambitious, time consuming project?

One of the biggest things I do in my work as a photographer is tell stories, and in Star Tours, the creative people have told an amazing story that plays into the amazing adventures in the Star Wars universe. But with the closure of Star Tours, I felt that it was very important to preserve that final version, and give people that have ridden it a souvenir, and the people who never got there a look of how it really looked.

I came up with the original idea in Januari 2015. With a lot of research and creating an entire dossier, I reached out to Disney in May 2015 to discuss the possibilities of doing this project. Because it was so ambitious, there was a lot of things that had to be checked, asked, etc. In the end I got help from Disney Belgium, and several people who went beyond their duty so I could create this project. 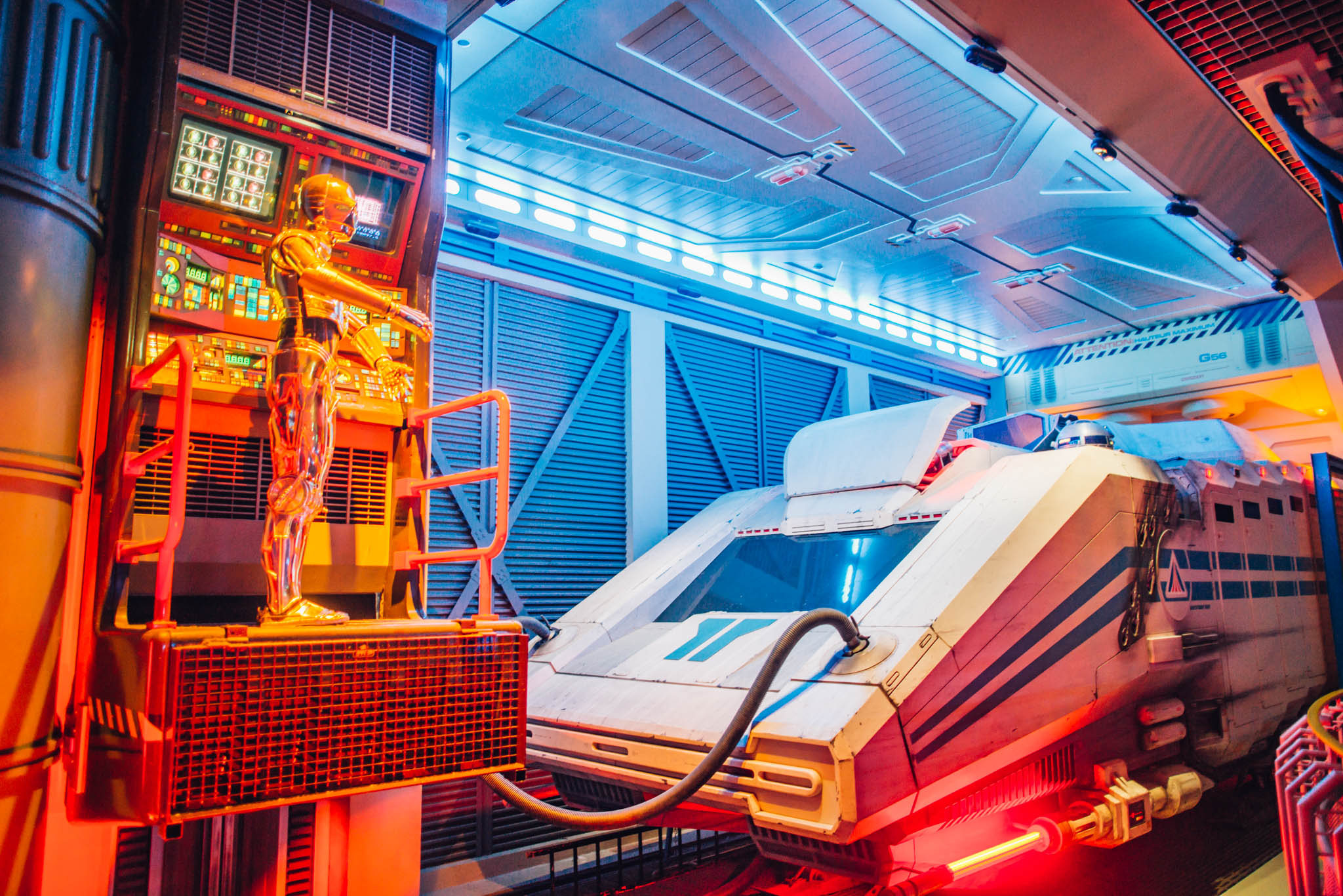 Your footage looks amazing and to say the truth, quite better than most official Star Tours material. (this recent video from Disneyland Paris proves me wrong though)

Basically, it’s a mixture between knowing exactly what your gear can do, knowing how it all will fit together in your head, and being able to solve problems at the moment they arise, or even work to solve those before they even have the chance to happen.

The idea behind the video is that every ten or five minutes, depending on the room, the same thing happens over and over again. Just like Groundhog Day, C-3PO does the exact same movements while giving the exact same lines. The lights fade exactly the same, just as they have done in 1992. So I decided to film the complete loop from one angle at a time, syncing up the angles in Final Cut X, giving me the ability to just ‘cut’ to an angle like they would do in a live TV broadcast.

The entire video is shot on a Nikon D800 and very low-light sensitive prime lenses. This gives a lot of extra flexibility and a quick turnaround in shooting. One of the big challengers was battery life, with emptying three complete batteries in a single day, and audio. The day that we shot almost every shot was a Saturday in Januari. Though it was possible to shoot all audio, we didn’t get to record any decent audio because of all the noise. Which meant we had to get back on a Thursday two weeks later to shoot some pickups and getting some very clear ambience recordings of the locations. 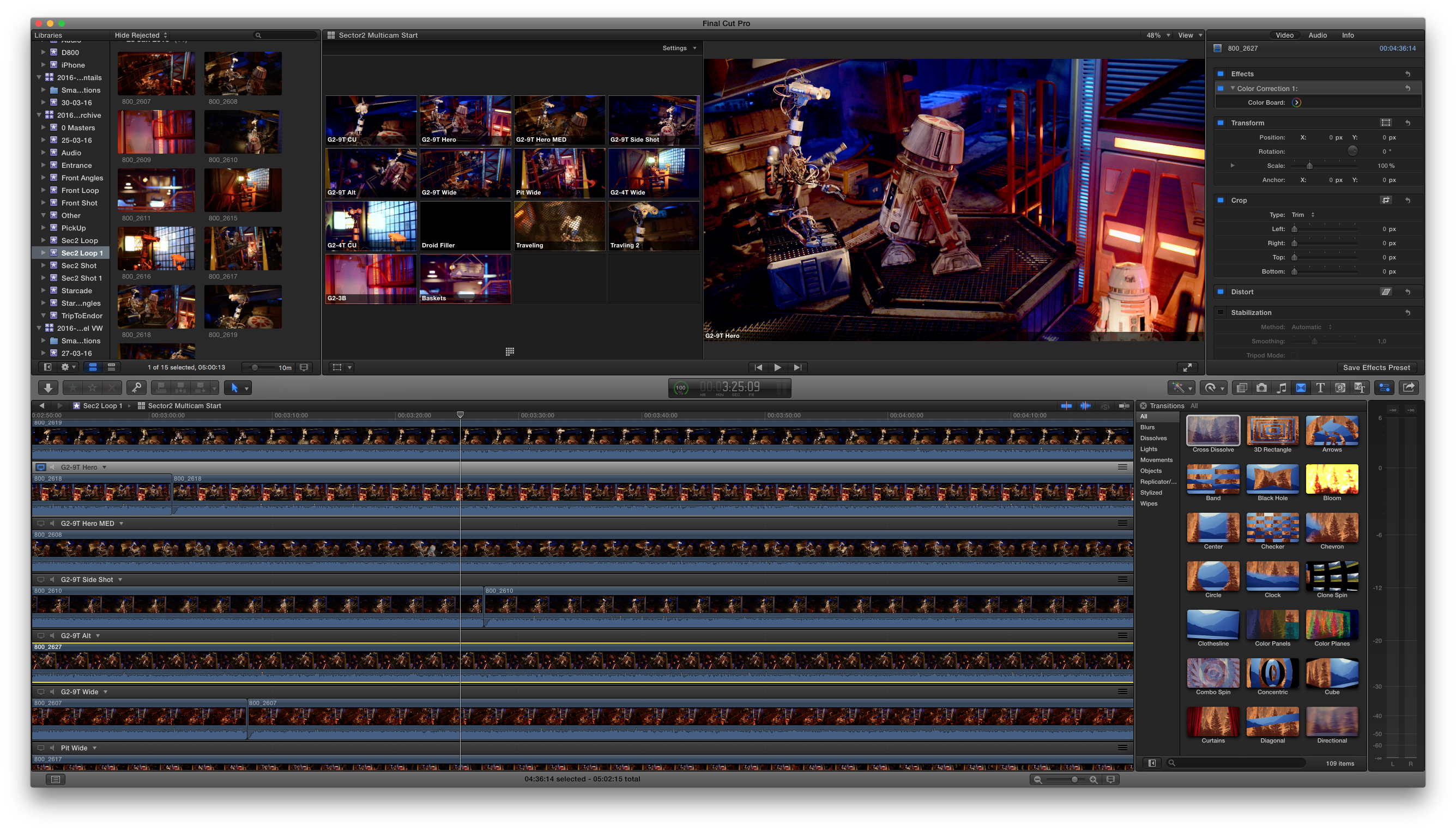 In total we have amassed over 200 GB of footage from this trip, and some extra shots we had in our archives from earlier videos shot in Star Tours.

I spent a few weeks editing all these together, with several creative decisions that had to be made. For example, because of safety reasons we couldn’t shoot any footage inside the Starspeeder, with a film check (the projection without movements) too hard to set-up for a ‘fan project’. Fortunately, Disneyland Paris offers parts of the entire ride to the press, which I then edited in the same manner to get a consistent result.

In the end it truly was perseverance and much appreciated help from a lot of people that have made this possible, because I’m certain this is the best I have been able to do with the current material. Of course, if we had a camera slider or a Steadicam or access to the droid pit and starspeeder it would have been different, but that is the perfectionist in me talking.

Have you learned something new while making this tribute?

Well, apart from learning the entire “Come spend an afternoon or the entire day with the lovable Ewoks, in their charming tribal villages”  line, there were quite a bit of surprises while making them that you would miss most of the time. For example, with the G2 droid having their ‘nap’, it’s obvious that is the point the loop restarts, the same thing happens with C-3PO and R2-D2. They freeze as well for a few seconds, and then it all happens again.

Also very interesting was that there are a lot of subtle electric hums and sounds added that you expect to hear, but are all added. Like when you are waiting to board,  you could sometimes here speeders flying over you, but spending a lot of time with the audio mixing, it’s amazing to see how many levels of sounds and music come together from separate sources and become their own character, like the Starspeeder 3000 in the Maintenance Hangar. That as well has a speaker in it, though only the bass was active. With some great recordings we were donated by a fan, we could mix everything together. In fact, one of my friends who is amazingly knowledgable about the technical side of Star Tours, even he discovered after 22 years that the two Endor commercials (in French and English) have different music from each other.

Star Tours is currently being transformed into Star Tours: The Adventures Continue (opening 2017 at Disneyland Paris). What are your thoughts about it? Have you had the chance to experience it overseas?

I have yet to ride the new Star Tours, but I know I’ll miss the amazing 80’s aesthetic, with everything looking much more like the Prequels instead of the original trilogy (and even The Force Awakens). I fear it’ll just be too clean, as everyone loves a dirty, dirty droid. Haha! But I’m pretty sure it’ll just be a copy of Florida. But of course, you’ll never know!

Any chance you make new video tributes about other Disneyland Paris attractions?

In the near future, I’m going to focus on my photography business, as there is already a lot of work-traveling happening in the coming six months, but never say never. I always love creating things at Disneyland, like that one time I did a photoshoot with strobes of a Belgian celebrity on the boats of “it’s a small world”, which ended up being the lead image of a big showbizz magazine.

Thank you very much Kris! And now Ladies and Gentlemen, Boys and Girls, sit back, relax and enjoy all six videos from Star Tours: Before The Adventures Continue!

Quite amazing, isn’t it? Did you liked this project as much as I did? Feel free to let Kris know in the comment section below!

You can find the work of Kris as a photographer on KrisVandeSande.be, Flickr and as a Star Wars fan on EndorExpress.net .